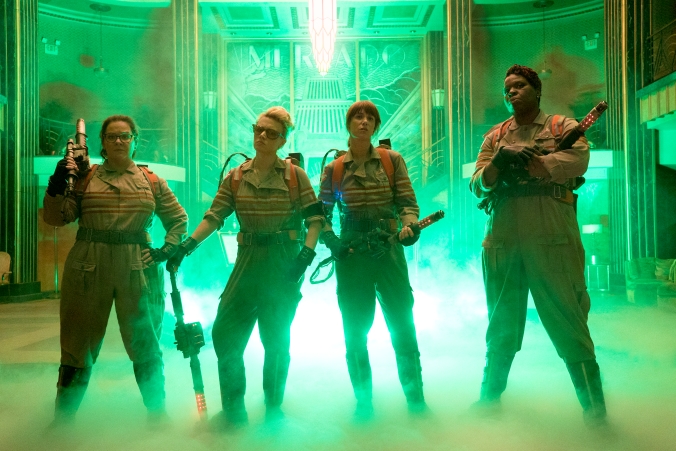 Sunday morning, I tweeted something along the lines of “It’s not 1984. Get over it, nerds.”

Normally, my use of “nerds” is as much a term of endearment as it is an insult. I’ve been to my share of comic cons. I’ve even been in costume for some of them. But behind all of the people laughing and enjoying whatever sci-fi-superhero-fantasy-zombie-Deadpool-for-some-reason-I-still-don’t-understand thing they like, there’s this toxic group who thinks you should only have fun the way they want you to. These are the people who, for decades, have been shunned for liking nerdy things, and now that the stories and characters they love have become pop culture icons and are setting box office records, they want to make everyone else feel as bad as they, as a group, did for a long time.

And that’s where the problem of women comes in. I hate to resort to stereotypes, but this is a group that doesn’t have a lot of experience with women, aside from their mothers. Women who like these nerdy things have been labeled “fake geek girls” because, for some reason, they aren’t allowed to read and enjoy comic books without it being a veiled attempt at attracting male attention. They aren’t allowed to play video games, and they certainly aren’t allowed to star in sci-fi or fantasy movies if they aren’t going to fall into the classic damsel-in-distress role. And if they do star in them, they deserve to have their every word and every action, on-screen and off, scrutinized for the slightest hint of hypocrisy. And when you find that one thread sticking out, it needs to be pulled as hard as it can, until the whole thing just refuses to unravel and you have no choice but to give in and threaten to murder and rape them.

I may have gotten a little off track there. This was about Ghostbusters, right?

Paul Feig and Katie Dippold have written a new movie. It takes a concept that was very successful – a group of people catching ghosts – and puts a whole bunch of stuff in it. This is not a remake of 1984’s movie. This is not an eraser that wipes the existence of that movie away. Kristen Wiig, Melissa McCarthy, Kate McKinnon, and Leslie Jones have brought to life four new, unique characters that are not simply re-named clones of Spengler, Venkman, Stantz, and Zeddemore.

If your childhood has been ruined by a group of women hunting ghosts in a fictional version of Manhattan, you should put some energy into making your life better instead of making someone else’s worse. Because the only thing that has aged worse than the original Ghostbusters‘ special effects is the crying children of 1984 that are crying adults today.

For my regular reader, please indulge this stream of personal feelings in response to the killings of Alton Sterling and Philando Castile by police officers, the attacks on police officers in Dallas, and locally, the apparently-unrelated murders and subsequent burning of two people.

This week has me down. I have a compulsion to make jokes, but today, it feels inappropriate. When David Letterman left TV, I wrote a little story. It was rambling; it was personal;  it was not terribly dissimilar from what I’m writing now. The theater is represented by the masks of comedy and tragedy. From the Ed Sullivan Theater on Broadway, Dave was an example, to me, that it is okay to “turn off” and not be funny. He did it when he returned from his heart surgery, to thank his medical team. He did it when he went public with a blackmail attempt and revealed his own affair. He did it on September 17, 2001, when The Late Show was the first late-night show to return to air after the terrorist attacks the previous week.

That night, he expressed a frustration very much like I feel today. The Late Show, and Late Night before it, mocked New York, just as I mock Rochester, the city that I love. Dave was speaking about one specific set of tragedies, but in the fifteen years since, then, his message can apply to any one of the horrible events that have happened. His call for us to be courageous should not limited to the times when we face the unknown evils that lay before us, as the city of New York, the United States, and the world were in September 2001, but in the face of a known evil that we face every day. We, as human beings, deserve better than what we are given, and what we are giving to others.