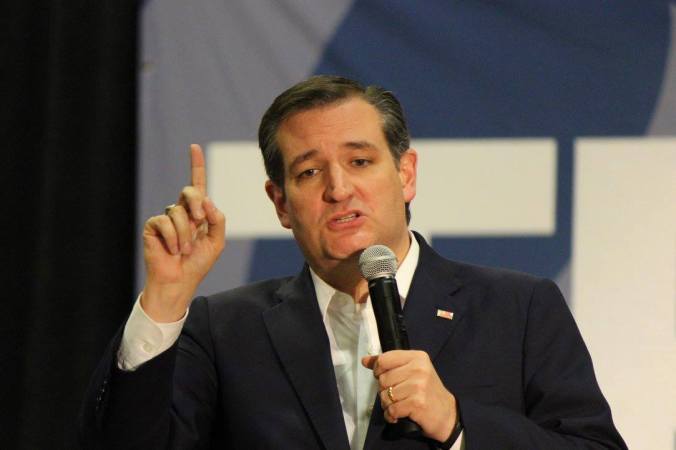 A match-up between Bernie Sanders and Ted Cruz has seen little discussion this primary season. With neither being their party’s frontrunner, the odds of these two facing off in the general election are slim. It is my pleasure, then, to pit these two candidates against each other.

Following last weekend’s onslaught of campaigning from Clinton, Kasich, and Trump, Senator Bernie Sanders of Vermont visited the Bill Gray’s Iceplex at Monroe Community College Tuesday morning. Scheduled to begin at 10am, I was met with thousands of people patiently waiting to enter the arena when I arrived around 6:15. When doors opened around 7:00, the arena floor and bleachers quickly filled. After a short two-hour wait, local musician Teagan Ward performed, her assignment being to “warm up” a crowd that was already quite warm. After short speeches from local organizer Tim Ellis (who those in the rave scene will better know as DJ Dynamic) and former Texas Department of Agriculture commissioner Jim Hightower, the main event began.

Until last Tuesday, the loudest experience of my life was witnessing the first trailer for Star Wars: The Force Awakens in a room with 2000 Star Wars fans. Bernie Sanders topped that, easily. Not because the senator has been known to speak loudly, but because of the screams from 6800 Sanders supporters the moment he appeared on stage. His speech was standard. At this point, the campaigns are finely-tuned machines, navigating over speed bumps and potholes, making their points and speeding on to the next stop.

After four high-energy rallies, it was nice to have a little break on Wednesday and Thursday. That break was only slightly interrupted by the Ted Cruz rally on Friday. I stood in line, where people were more interested in mocking the religious conspiracy theory newsletter being passed out than anything else. We filed inside, with no security check, and took our seats. This may have been the only campaign event actually called a “rally,” but almost every one of the 1500 people admitted was sitting.

A few years ago, I attended a panel with Adam West and Burt Ward, stars of the classic Batman TV series. Scheduled to begin at 3:00, our heroes arrived around 3:20. After fighting crime and questions for less than half an hour, the Caped Crusader and Boy Wonder quickly departed once again. Ted Cruz, apparently, is Batman. The event was scheduled to begin at 7:30. At 7:49, local media reported on Twitter than Cruz was arriving at MCC (the event was held in the same location as Hillary Clinton’s, one week earlier). A few minute before 8:00, a highlight reel of Cruz’s primary performances was introduced by two students. Finally, Senator Cruz made his grand entrance, embracing the two young presenters in awkward hugs. His speech was surprisingly compelling. He made jokes and was met with laughter. He criticized Trump, he criticized the radical socialist running in the Democratic race, he even criticized Bernie Sanders, in a twist straight out of late-night television.

Cruz’s message was punctuated by religious imagery. His policies seem to be guided by what God wants, and his final statement was a pledge to return this country to “Judeo-Christian values.” His crowd, likely conditioned by regular church attendance, was very willing to frequently stand to applaud, and then sit back down. Though his religious message may alienate those who are not members of his particular faith, it was apparently welcome news to his supporters.

There was a stark contrast between these two events. The crowd at the Sanders event was passionate, overwhelmingly in favor of a Bernie Sanders presidency. Three days a a few thousand feet later, the crowd for Ted Cruz was… present. Standing in line, many people were there just for an evening of entertainment. Some were drawn to Cruz for his religious message, others because he “isn’t Trump.” Though I’m sure Sanders has drawn some supporters for the similar reason of not being Hillary Clinton, police turned more people away from his weekday morning event than Cruz drew to his Friday night rally.

After five rallies from five candidates, the voters of the Rochester area should be itching to vote on Tuesday. Unlike most years, we have a real opportunity to shape the direction of the candidate selection. If nothing else, it will mean these candidates can leave us alone and pretend that New York’s northern border is Yonkers, as we like it.