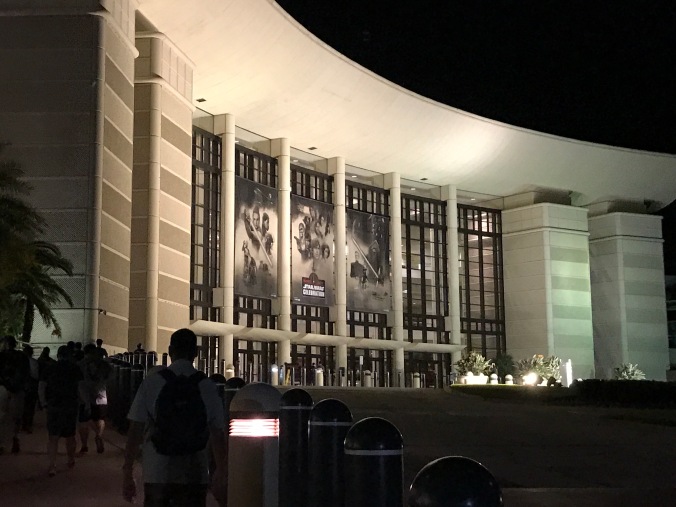 If you asked me how Star Wars Celebration started this morning, you wouldn’t believe my answer.

With some fans waiting in line since yesterday afternoon, expectations were high. With Endor’s own Warwick Davis as host, this celebration of four decades in a galaxy far far away did not disappoint. Joined by Star Wars creator George Lucas, who sold his company and the series that made it to Disney in 2012, Davis guided thousands of fans through the history of the franchise and the many characters that have played a part. Heroes and villains of the series shared their experiences as part of the saga dat he impact it had on their lives, their careers, and the lives of the fans around the world.

Surprise video messages from Liam Neeson and Samuel L. Jackson paled in comparison to an unexpected guest, as Harrison Ford, Han Solo himself, crashed the panel and recounted his chance encounter with Lucas that propelled him to stardom.

A touching tribute to the late Carrie Fisher was capped with remarks from her daughter, Billie Lourde, who, like her mother, recited Princess Leia’s plea for help to Obi-Wan Kenobi. The princess’s theme, along with other selections from the series soundtrack, were performed by the Orlando Philharmonic Orchestra, conducted by composer John Williams.

As unbelievable as it sounds, this was only the first two hours of Star Wars Celebration in Orlando. There is plenty more to come.