March 11, 2020. Sitting at my usual Wednesday night bar trivia, an acquaintance asks “Do we have our first case of coronavirus?” The bartender-regular rumor mill works fast – faster than Sonic the Hedgehog, still in theaters at the time, and certainly faster than official channels. Within a few hours, the Monroe County Health Department confirmed the first local case of COVID-19. By Monday, most of New York had shut down, with the rest of the country following close behind.

And then it was television’s time to shine. Production on some shows was cut short. NBC’s Superstore, which had just announced the departure of star America Ferrera, ended abruptly without filming a season finale. They returned in the fall (with Ferrera for a few more episodes), bringing an honest look at the physical and emotional toll the pandemic has taken on retail employees.

Other series saw brief reunions. The cast of Community, along with The Mandalorian‘s Pedro Pascal, held a virtual table read in benefit of José Andrés’ World Central Kitchen and Frontline Foods’ COVID-19 relief efforts. The cast of The Last Man on Earth – the show about a deadly virus that wiped out humanity in the year 2020, if you forgot – reunited in “The Last Zoom on Earth” to discuss their time on the show and what might have happened to the characters after the series ended. America’s power couple, Amy Poehler and Tina Fey, brought the casts of their respective sitcoms, Parks and Recreation and 30 Rock, back for remotely-produced episodes. For Parks, it served as a fundraiser for Feeding America, while 30 Rock, appropriately, served as a replacement for NBC’s upfront events, showcasing the fall lineup and new Peacock streaming platform.

But that’s all old TV, the kinds of shows you watch while you’re huddled under a blanket on the couch trying to block out the nightmare of the outside world. What should you watch if you’re sitting mostly upright on the couch, semi-aware of the nightmare of the outside world? That’s where the best (new) TV of the pandemic enters. This is less a comprehensive list, and more a list of demands, made by me, to you.

Do you like Bob’s Burgers, but wish it had more elaborate musical numbers? Then Central Park is the show for you. Following Owen, the park manager, his wife Paige, and their two children, Mollie and Cole as they (unknowingly) thwart the evil machinations of ultra-rich Bitsy Brandenham, who dreams of turning the park into luxury apartments and retail. Each episode features multiple Broadway-style musical performances, with guest composers including Cyndi Lauper and Sara Bareilles, making up a soundtrack album that is infinitely re-listenable. The cast includes many of your favorite talkers and singers, including Hamilton‘s Leslie Odom, Jr. and Daveed Diggs, Unbreakable Kimmy Schmidt‘s Tituss Burgess, The Good Place‘s Kristen Bell, and recent iTunes chart-topper, WandaVision‘s Kathryn Hahn.

What are two upper-class Southern Christian high school twins to do when they crash their dad’s hunting truck and the other driver turns out to be a fugitive? This ten-episode quest of self-discovery mixes the teenaged challenges of school, parents, and boyfriends with the adult challenges of morality, justice, and yogurt flavors.

On paper, Teenage Bounty Hunters should be a nightmare, but it turned out to be an incredibly satisfying story about the bond between two sisters navigating the differences between them and the contrast between presentation and reality. Netflix canceled the series after just one season, but Blair, Sterling, and “Bowsey” will deserve every bit of admiration this soon-to-be cult classic will receive.

Everyone knows that the best TV shows are based on commercials. Just check the awards list for ABC’s Cavemen. Based on the character created for NBC Sport’s 2012 Premiere League coverage, Ted Lasso is a Kansas City-born football coach who is recruited to move to England and coach the other kind of football. The premise, combined with Jason Sudeikis’ previous work as sports commentator Pete Twinkle on Saturday Night Live, betrays the sincerity of Ted Lasso. Ted Lasso is a successful coach, but cares more about his relationships with his players, his co-workers, and his family than he does about win totals. Navigating culture shock and hostility from a team – and its hometown – in turmoil, Ted does what he does best.

Plenty of other new TV started over the past year. Apple TV+ launched Little Voice, a drama about a young singer-songwriter from J.J. Abrams, Jessie Nelson, and Sara Bareilles. Tina Fey, Robert Carlock, and Jeff Richmond returned to NBC as producers of Ted Danson-led Mr. Mayor, currently partway through a promising first season. TV’s Craig Ferguson returned to network television with The Hustler, a trivia show for people who need more deception in their lives. And, of course, Disney+ blew Marvel fans away with WandaVision.

The TV-making industry, essential workers by my definition, if not the government’s, have figured out how to keep our screens on during this pandemic and in the hopefully-soon aftermath. Don’t we owe it to them to watch all of it?

We’re in uncharted waters.  Whether you’re afraid of getting sick or getting others sick, or facing economic uncertainty as more and more businesses close down, many people aren’t sure how to cope. The answer to this, and to most of life’s questions, is simple: Television.

Join me, an expert, through the small screen’s best virus-avoidance methods. 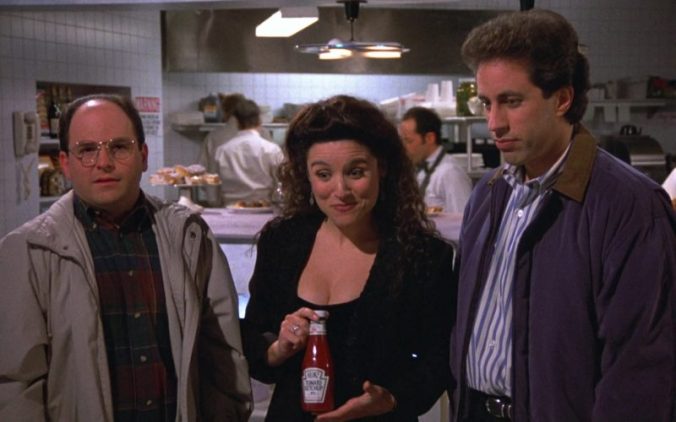 If you’re still dating during this lockdown – and if you’re like me, you’ve been playing it safe for months – there are some rules you should follow. No kissing after the third date. No sharing coffee shop sandwiches. No harassing people at the restaurant where they work. There might be some minor social consequences, like getting snubbed in the street or having your TV pilot dropped by the network, but you and everyone else will be better off. 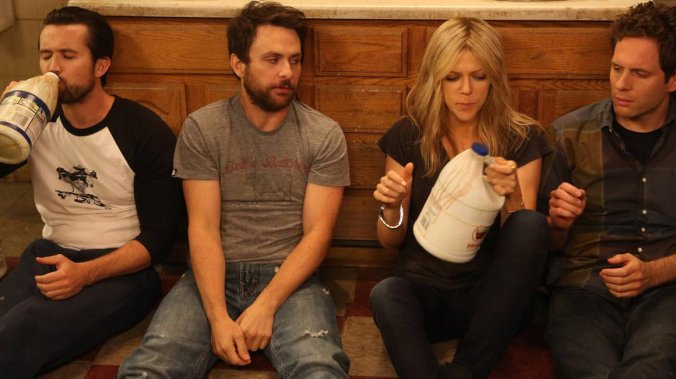 Limiting contact with other people is the key to preventing the spread of disease. Stay in as much as possible, and if you do need to venture out, make an effort to avoid unnecessary contact. Just simple things, like avoiding crowds, washing your hands, and maybe wearing a full-body bubble boy suit. Maybe some alone time will lead to some self-discovery. 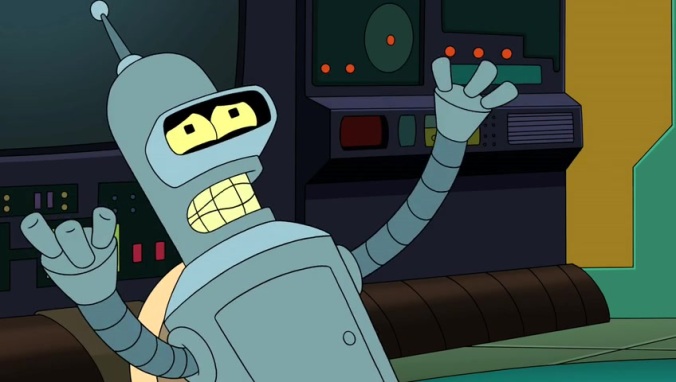 Chances are, you aren’t a doctor or scientist, mad or otherwise. You hear a lot of stuff that you don’t really understand. Trust the experts and don’t do anything crazy. You want to keep space, not hurl an entire city into it. 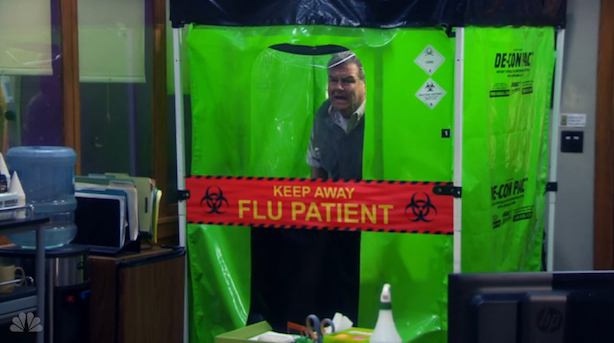 There’s a chance you’re sick without being “sick.” Allergies, food poisoning, maybe even a hangover could lead you to believe you’re infected. There’s even a chance you’re just adopting a dog. 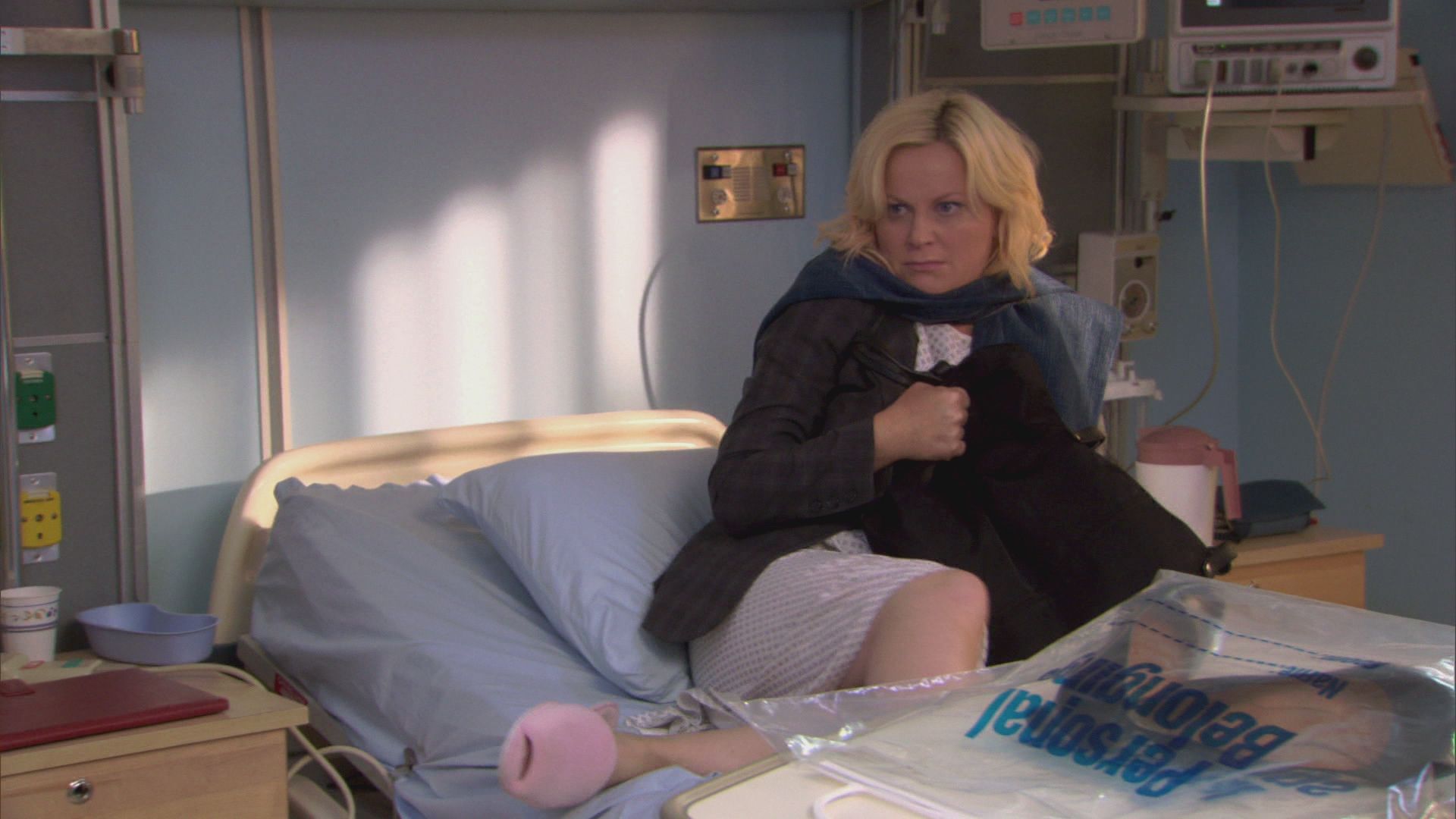 Worst case, you get sick, for real. Accept it and do what you need to do in order to make yourself healthy and prevent others from getting sick. Stop going to work. Stop doing work from home. Maybe even go to the hospital, in accordance with your local health department’s guidelines.

With these simple steps, you can greatly reduce the risk to yourself and your family, and also watch a bunch of great TV.

Mid-December. There’s snow (or maybe potato flakes) on the ground, you’re scrambling to buy your last-minute Christmas gifts, and, worst of all, all of your shows have gone on midseason break, not to return until January… if you’re lucky.

Sure, there are network TV specials, but John Legend will only get you so far. That marathon of Harry Potter  movies isn’t really Christmas, and you’re not actually going to watch The Christmas Prince on Netflix, right?

The obvious answer is “go watch some classic Christmas episodes.” I’m not claiming that these are the “best” episodes, but they are some of my favorite shows and I have unquestionably good taste.