Mid-December. There’s snow (or maybe potato flakes) on the ground, you’re scrambling to buy your last-minute Christmas gifts, and, worst of all, all of your shows have gone on midseason break, not to return until January… if you’re lucky.

Sure, there are network TV specials, but John Legend will only get you so far. That marathon of Harry Potter  movies isn’t really Christmas, and you’re not actually going to watch The Christmas Prince on Netflix, right?

The obvious answer is “go watch some classic Christmas episodes.” I’m not claiming that these are the “best” episodes, but they are some of my favorite shows and I have unquestionably good taste.

“Simpsons Roasting on an Open Fire” – The Simpsons (Season 1, Episode 1)

Simpsons Roasting on an Open Fire (1989)

Today (December 17) is a major anniversary in the world of entertainment, and not just because it’s Taylor Swift’s birthday. The country-turned-pop music sensation was born early enough in the day that her parents might have made it home in time to watch The Simpsons series premiere that same evening.

After a few years as featured shorts on The Tracey Ullman Show, a Christmas episode is an excellent bridge between formats… even if it wasn’t supposed to be. The plot is classic classic Simpsons: Mr. Burns cancels Christmas bonuses, Marge has to spend the family’s Christmas money to fix Bart’s mistake, and Homer works a second job to bring in extra cash. The episode was nominated for two Emmy Awards. 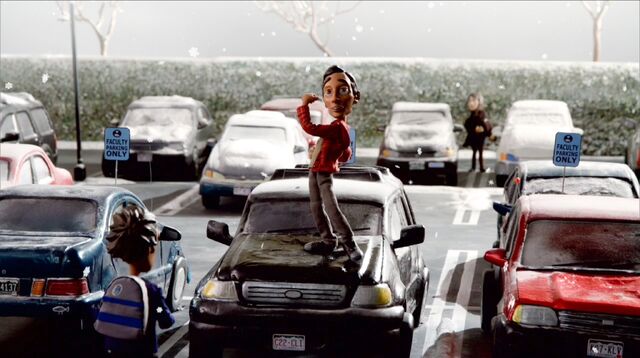 Community made a few forays outside of it’s normal medium – Season 4’s “Intro to Felt Surrogacy” saw the cast portrayed as puppets and Season 5’s “G.I. Jeff” as a lost episode of G.I. Joe – but “Abed’s Uncontrollable Christmas” stands out for reasons other than being of of the few episodes that are not formatted as a fake-if-anywhere-but-Greendale college course title.

First, the episode is almost entirely stop-motion animated (not claymation, as Abed points out), and a majority of it takes place in a fantasy world somewhere between Abed’s imagination and a filter he has placed over reality. If you’ve never seen the series before, it’s exactly as strange as it sounds. In true Community form, though, there is a strong blend of comedy and emotional growth as the cast of second-year community college students (of a variety of ages) and one self-serving psychology professor navigate life changes, growing up, and finding your new family.

The first eight seasons of Seinfeld, a show that introduced minor, mostly food-related aspects of Jewish culture to its audience, only dabbled in Christmas; changing the way a generation looked as cashmere and finally answering the question of “what if Santa Claus was a communist?” The ninth and final season doesn’t change that. Christmas is too commercial. In short, you might say that Seinfeld has a lot of problems with Christmas, and you’re going to hear about them.

“The Strike” added so much to Seinfeld‘s already-impressive collection of pop culture references that few casual fans even remember the plot that the episode is named after. Who cares about bagels in an episode that introduces Festivus and The Human Fund?

It’s December 24, 3000, and Philip J. Fry has been in the future for almost a year after accidentally cryogenically freezing himself on December 31, 1999. Despite a thousand years passage, the destruction and rebuilding of society (a couple times), and fast and easy space travel, not much has changed in New New York: Most people (and aliens) speak English, the US dollar is worth basically the same as it was in 1999, and Santa is a giant homicidal robot.

Robot Santa returns several times throughout the series, though this is the only episode in which he is played by John Goodman. Season 3’s “A Tale of Two Santas” (Episode ) finds him joined by Kwanzaabot (Coolio), and in “The Futurama Holiday Spectacular” (Season 6, Episode 13), he plays a small part in the non-canon end of the world. Robot Santa isn’t all evil; he appears alongside Kwanzaabot and Mark Hamill’s Chanuka Zombie to defend Earth from alien invaders in the first of Futurama‘s four direct-to-video movies, “Bender’s Big Score.”

Dunder Mifflin Scranton’s Christmas parties were dramatic. Unopened love letters were stealthily retrieved, Benihana waitress’s arms were marked, and sometimes a receptionist was attacked by the twelve days of Christmas. Who can blame Phyllis for wanting to try something different during her tenure as head of the Party Planning Committee? Angela, for one. And maybe Meredith. Looking back, maybe they were better off with a Mo Rocca-themed party instead. 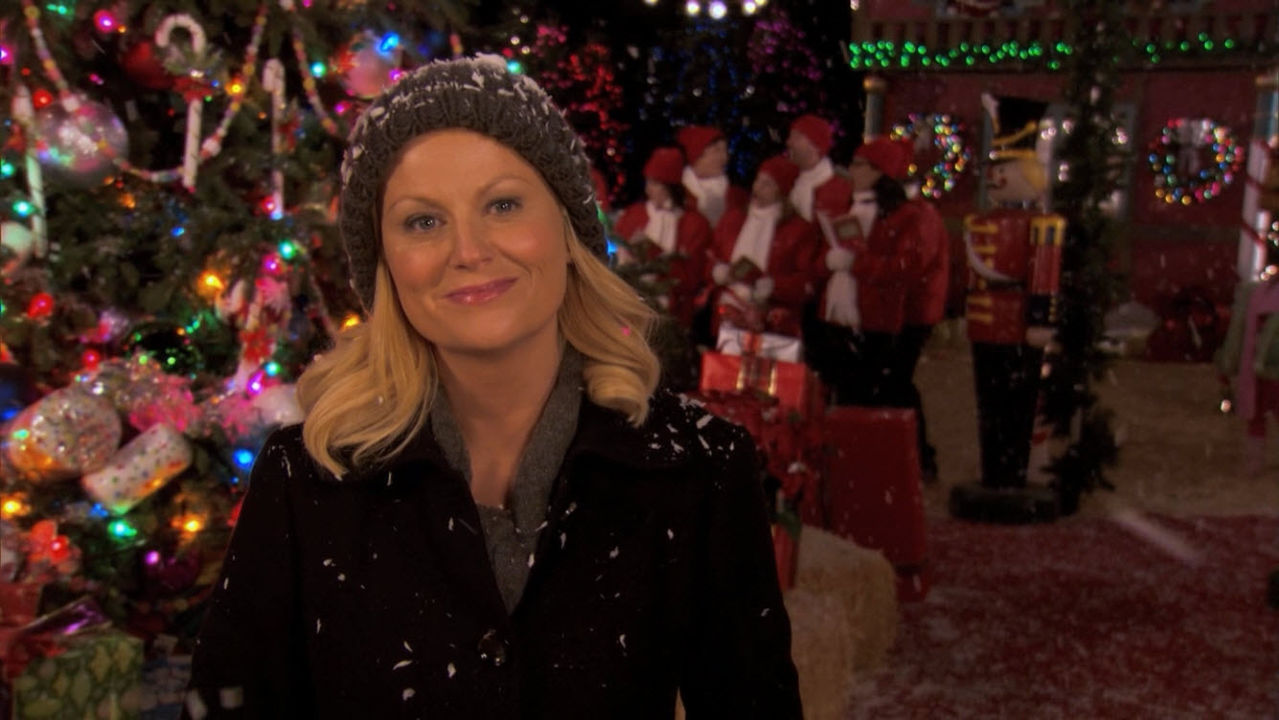 Parks and Recreation didn’t do much for Christmas. Three episodes in its seven seasons include Christmas, but it’s never about Christmas. It’s a shame, because I think the world needs to see which is bigger – the stack of gifts Leslie has for her friends or the Buddy the Elf-like pile of toppings on her Christmas waffles.

Like other late-December episodes of the series, Christmas isn’t a main theme of “Christmas Scandal,” but it does lay the seeds for one of the best relationships of the series: Leslie and Councilman Dexhart, as well as providing great gift suggestions if you’re a straight woman looking shopping for your gay boyfriend.