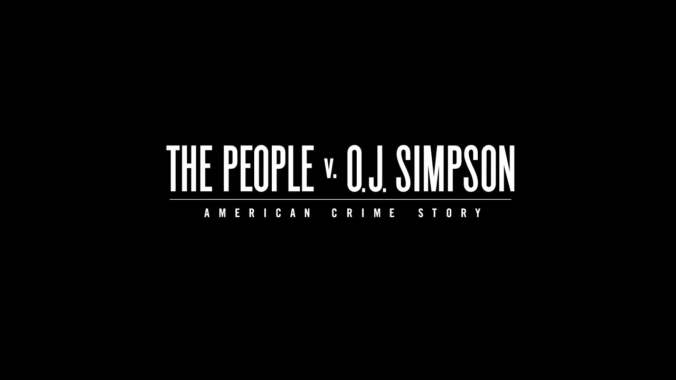 “We are Kardashians. And in this family, being a good person and a loyal friend is more important than being famous. Fame is fleeting; it’s hollow. It means nothing at all without a virtuous heart.”

Perhaps the funniest, intentionally unintentional, not-funny line in the history of television, it provides a brief pause from the drama. The People v. OJ Simpson has been on FX for over a month, but tonight, I decided to give it a try. I am old enough to remember the trial, but not so old that I understood it. OJ is unlike any other crime drama I’ve seen. CSI has its cheese. The Killing had a darkness. OJ is the opposite of every other show, because we have known the ending for twenty years.

Three episodes in, Cuba Gooding, Jr., despite his head size, plays an OJ Simpson that we sympathize with. We feel his pain, we understand his hurt. But in the back of our minds, we know that this is the man who has all but admitted to the crime. David Schwimmer comes across much the same way. As Robert Kardashian, he is torn apart watching his friend spiral, never sure if he is guilty or not. Meanwhile, he plays father to his children, whose names today are plastered on everything but credit cards. John Travolta is horrible, in the best possible way, as Bob Shapiro.

A wedge is driven in my brain while watching. I am angry that Shapiro neglects his client, trying to save his own reputation. On the other side, Johnny Cochran, played by Courtney B. Vance, comes across as a sympathetic, almost altruistic figure. An hour into the series, I cannot wait for Cochran to take over the defense. (Is it a spoiler, two decades after the fact?)

The prosecution, lead by Sara Paulson’s Marcia Clark, is the antagonist, if you can call a man who has allegedly murdered two people a protagonist. On one hand, they are made out as cocksure and arrogant, and the other shows them, and the Los Angeles Police Department, as stumbling and incompetent.

Unexpected additions to the cast include Malcolm-Jamal Warner and Nathan Lane, far from the comedies that made them famous. For a few more weeks, watch this drama unfold, for a second time, Tuesdays at 10, and catch up through FX NOW. Join me next week, when I review another show everyone but me has already seen.